The text below is obsolete and most work on the HAT data server was completed a while ago. See the open-source LCC-server project on Github for details. I'll update the bits below later...

This is an outline of the data server I've been building to consolidate all light curve data from the various HAT surveys and serve it to the public and interested external scientists using a fairly straightfoward interface. It's currently in very rough alpha (and may be undergoing a complete rewrite soon), but the videos below give an outline of the expected functionality in its current state. More details when it's closer to completion...

The server is a collection of separate services that talk to each other over a ZeroMQ bus using a JSON message format, return light curve data in a standardized format, and allow direct access via various APIs. The HAT data server is intended to work in concert with a robust client package called astrobase, which contains tools to read and operate on HAT light curves. 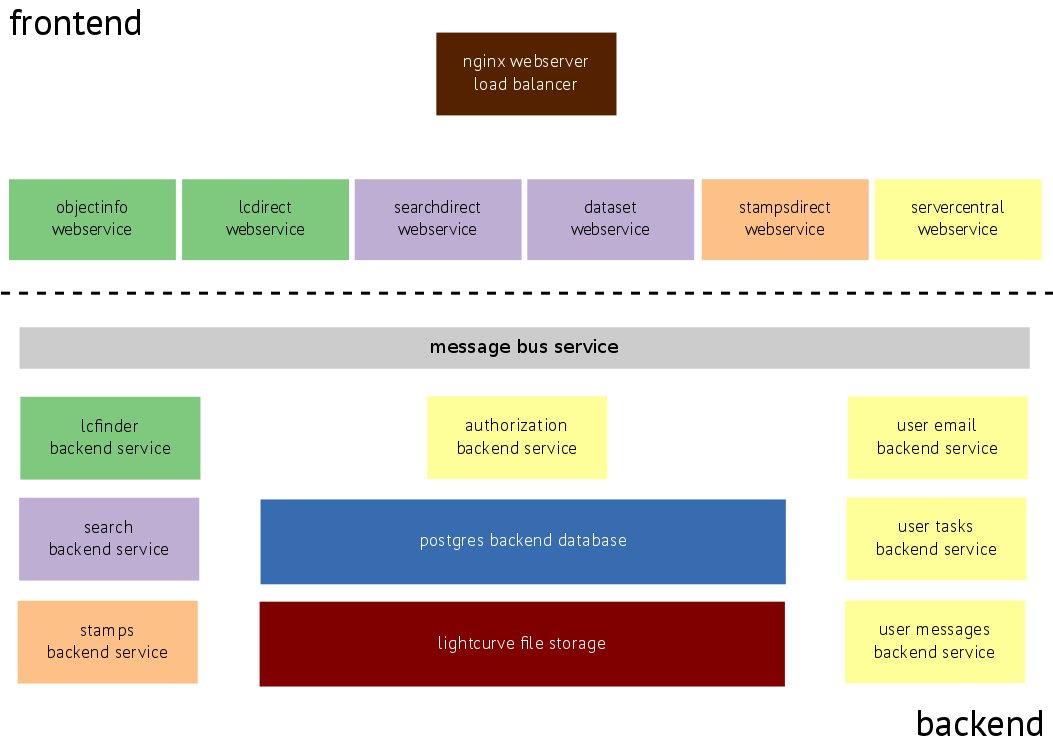 Searching for objects and dealing with datasets